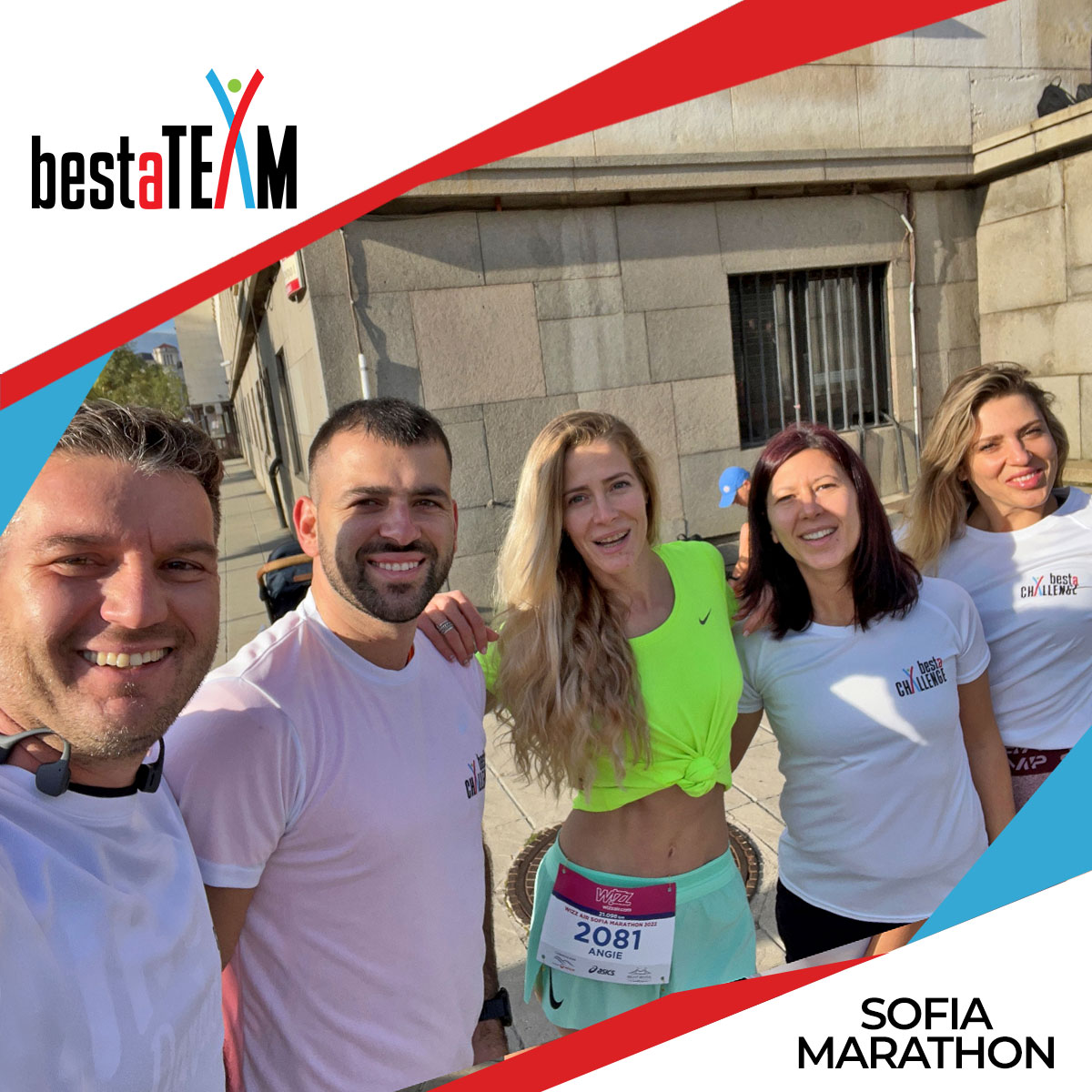 They were preparing for this major and long awaited sporting event for whole 6 months. During the training sessions they achieved the enviable time of 5 minutes per kilometre which allowed them to finish in respectable positions despite the fierce competition.

Besta Med participated in the Sofia Marathon for the first time and the whole team was overwhelmed by excitement due to the sporting event. The preparation of the marathon runners was accompanied by organising their fans who energetically supported our competitors throughout the race.

The participation in the Sofia Marathon is yet another event in the rich sports calendar of Bestateam with which we once again prove how important are the sports activity and the maintenance of good health for us – values which are fundamental for the Besta Healthy Way of Living Code.