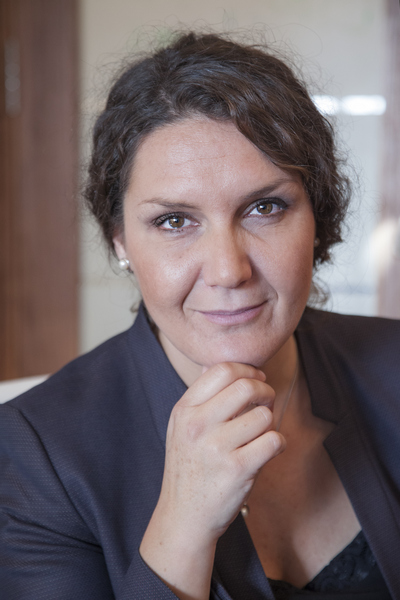 Boryana Marinkova is the CEO of the Bulgarian Association for Medicines Parallel Trade Development (BAMPTD). Marinkova is responsible for the implementation of the BAMPTD goals, which are to ensure the access of Bulgarian patients to quality and effective pharmaceutical products under competitive conditions, to initiate changes for rapid parallel import of medicines in shortage and to support the establishment of an electronic system that will indicate in real time the decreasing availability of medicines on the national market. She has 11 years of experience as a Marketing director at the intenational healthcare investment Tokuda Hospital since the opening of the largest private hospital in Bulgaria. She was there managing the implementation of the marketing plan, communications and strategic development. In the period 2012-2017 she was responsible for the corporate affairs and the PR of the Bulgarian National Association of Private Hospitals. She graduated in Marketing at the University of National and World Economy in 2004 after a bachelor’s program in Economics of the Mass Media again at UNWE. She is certificied by BEIED in Professional Marketing Management in 2009 and Professional Executive Management in 2015. Currently she is undergoing a PhD program in Public Administration at the University of National and World Economy.

Shortage of medicinal products is a pan-European problem associated by the European Medicines Agency (EMA) with the following main reasons: the shortage of raw materials in the manufacture of medicinal products, problems with compliance with the good manufacturing practice requirements in production processes, stopping the production of obsolete or lowprofit medicines and only then with export between Member States. In our country the problem is rather logistical and it often turns out that a medicinal product is not available in a pharmacy but at the same time it is available in the pharmacy nearby or it can be ordered by the pharmacist from the wholesaler and delivered the next day. The latest Bulgarian Drug Agency (BDA) report of 26th October 2017 highlights that during their regular inspections at a national level no shortage of medicinal products was found out. We welcome any action that would solve a real problem for patients in a sustainable and long-term way. The Bulgarian Association of Medicines Parallel Trade Development (BAMPTD) fully supports the protection of Bulgarian patients’ interests for unimpeded access to medicinal products at the best possible price through the principles of parallel distribution and for years we have insisted that this should be laid down in the regulatory framework. Unfortunately, at the moment, neither the current law, nor the proposed amendments provide mechanisms for preventing and combating bad practices or enable parallel import to serve as a quick compensation mechanism at the risk of a lack of specific medicines for the Bulgarian patients in the country. BAMPTD has a number of proposals in the part of the regulatory framework on parallel distribution.

The market and effective way to deal with these problems of national markets is exactly the parallel distribution. That is why we insist on promoting and using the opportunities of parallel import to compensate for an existing or potential shortage. The parallel importers are required to register the prices of imported medicines under the rules applicable to primary import, carried out by the marketing authorisations holders, which in practice impedes import. If the regime is optimized and the deadline for placing on the market shortened, the benefit will be first of all for the most vulnerable groups of the society. Those patients who have difficulties in finding their medicine in the pharmacy network and those patients who are highly pricesensitive and would experience serious financial relief if they are able to buy the medicinal product at a lower cost. Usually, these are elderly people with several concomitant illnesses, whose income is mostly spent on supportive therapies. As a socially responsible and committed to the problems of patients’ organisation, we firmly insist on having a functioning and effective legislative framework that solves the problem rather than deepens it. Our opinion on the draft law amending and supplementing the Law on Medicinal Products in Human Medicine, in the part of exports of medicinal products, was expressed as early as 2016 and it is that so settled, the export regime does not protect the public interest from any shortage or absence of medicinal products and contradicts the Bulgarian and European law for many reasons. We have set out our opinions in detail through the parliamentary Health Commission of the 44-th National Assembly and the Ministry of Health. The new regime, like all previous ones, does not solve the major problem of unauthorised export. The Ministry of Health together with BDA and the tax authorities should continue their practice of checks and increased control over the activity of wholesalers and pharmacies in order to comply with the already existing legal framework. The existing normative instrument provides sufficient necessary tools and states clearly that all wholesalers are obliged first to satisfy the needs of the local market and only then to be able to export surplus quantities. Accordingly, pharmacies are strictly forbidden to sell medicines to wholesalers. We consider that the only thing regarding legislation that we can and should do is to criminalize the illegal drug trade – in other words, any trade outside the legally authorised one should be prosecuted and punished with the full weight of the law enforcement system. We advocate that the Criminal Procedure Code should be changed in a way as to penalize with the greatest burden of the law any economic or physical entity that does not comply with current legislation in the health sector. Moreover, the population will be protected from the spread of counterfeit medicinal products, which is currently not considered as a criminal act in Bulgaria. Our specific comments on the law are that there is no mechanism to counteract shortages for other reasons – lack of import, withdrawal from the market, lack of production. In addition, an individual export restriction is introduced, which constitutes a disproportionate export limitation according to the European regulations and the case law of the European Court of Justice. Under the Bulgarian legislation this provision presents unequal treatment of business entities. There is no overall management of drug movement process, which creates a prerequisite for collecting misleading and incomplete information about the availability of medicinal products on the Bulgarian market.

The establishment of an electronic system is foreseen but without any clarity of its conditions and scope. The methodology for identifying a lack or shortage on the market creates conditions of nontransparent and subjective decision-making. At this stage, we see only a heavy administrative process that involves daily interaction of over 3000 pharmacies, over 300 wholesalers for thousands of drugs with BDA, without creating the conditions for this information to be processed and analysed in real time. The processes are so dynamic and comprehensive that if we want the public interest to be protected, the information must be available in real time. This is not foreseen. It is important to underline that currently there is no objectivity and predictability of the environment. Without a unified electronic system, all attempts for changes and effective management and planning of the pharmaceutical market are doomed to failure. We have always supported and been active participants with our expertise in introducing a monitoring system covering all units of the complex supply chain on the pharmaceutical market – pharmaceutical manufacturers, wholesalers and retailers. With it, the compilation and analysis of data on the quantities of drugs available will lead to fact-based identification of drug shortage causes in the country and the adequate resolution of each individual case, respectively.

What are the differences between the legal and illegal players on the market? They should not even be compared. Perpetrators of illegal acts can not be called players on the market and could not be considered as parallel traders at all. They violate the law and therefore any change of LMPHM will not even bother them while their acts are not criminalized.

We fully support the statement of the Executive Director of BDA, Associate Professor Asenna Stoimenova, declared at the meeting of the Commission for Surveillance of Revenue Agencies and Combating the Shadow Economics and Smuggling to the 44-th National Assembly dated 26-th October 2017, that the fight against bad practices requires a close coordination with the Ministry of Interior authorities, prosecution, NRA and Customs Agency. The parallel distributors that we unite are registered wholesalers and operate in accordance with the European and Bulgarian legislation and at the same time fulfill their public commitment honestly, transparently and ethically. We are co-founders of the Bulgarian Drug Verification Organisation – a union of all participants in the drug supply chain for prevention and combating counterfeiting of medicinal products. The introduction of a system for verification of medicinal products in all Europe is a key measure to ensure patient safety by preventing the entry of falsified medicinal products into the legal supply chain. We also intend to create a hotline for sending alerts for missing medicines on the territory of the country.

Thus, we will have timely information and will be able, together with the other stakeholders, to solve patients’ problems. Because the last thing the Bulgarian patient should worry about is whether the prescribed therapy is available. Our mission is to provide access to medicines and we believe that the whole state, industry and patient organisations will support us in this endeavor. What problems does parallel import solve and are there conditions for this? In the recent years we have repeatedly and extensively informed the responsible institutions about the nature and possible benefits of parallel import as well as of all administrative constraints on its implementation and consequently the use of its direct and indirect benefits for both patients and public funds users – the Ministry of Health, the National Health Insurance Fund and the medical institutions for hospital care. Parallel import by its nature is an activity that creates competition for one and the same product on a given market, thus making the price effect beneficial to the end user. Parallel import has enormous potential to support healthcare systems and this is appreciated and encouraged in many EU countries because it has a direct effect on cost savings for public and private funds. All kind of figures related to the size and volume of parallel export are disseminated. They are frank speculation because they are not based on official statistics. Worrying is the fact that even state institutions distribute false information. It is very important here to distinguish and debunk another myth, namely that parallel trade is detrimental to the NHIF. What damages the NHIF and us as people are the illegal actions that have nothing to do with parallel trade. These are definitely untruths, which create a negative attitude towards law-abiding parallel distributors.