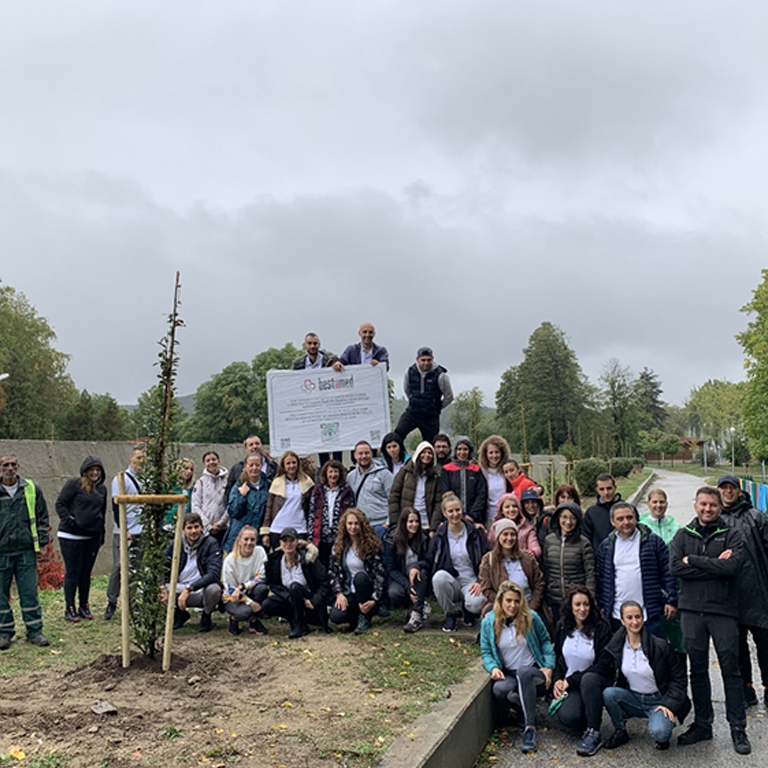 The Besta Med team planted 48 trees in Panagyurishte on October 9, 2021

Besta Med Forest continues to grow. This year it reached the town of Panagyurishte. For 9 consecutive years, the team of the pharmaceutical company continues to afforest the country, choosing different settlements each year in expression of their corporate values, namely – care for the environment, which is the basis of sustainable development in every aspect of our lives.

Besta Med Forest – We Grow Together initiative has been held annually since 2013. “Our whole team is involved in planting the trees and this is our way to unite as a group of professionals with common values and at the same time pass them on to the residents of the cities where we afforest,” says Milena Ivanova – Besta Med’s manager. According to her, moral and sustainable business is one of the elements of the national ecosystem, our protection and proper attitude towards nature is the foundation for the well-being of all who live and work in Bulgaria.

Besta Med expresses its gratitude to the Mayor of Panagyurishte Mr. Mr. Nikola Belishki, the heads of the Department of Green Construction Ms. Darina Shentova, the Department of Environmental Protection Ms. Angelina Pezheva and the entire team of the municipal administration for support, assistance and the contribution to the afforestation of the city.

“We believe that caring for our natural resources is the key to building a highly ethical culture at the individual, community, business and institutional levels,” says Milena Ivanova.